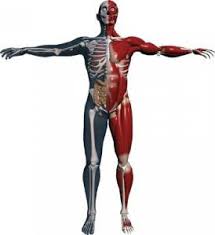 Be Thankful and Be Amazed We take a lot for granted.  In these months devoted to celebrations and new beginnings, take a moment and ponder your own amazing human body.  Now many of you may wish you had a sturdier chassis, a bigger motor, a smaller bumper, or a flashier exterior, but the reality is that the model you operate within is nothing short of extraordinary.  Consider the following:

As a physician I am perpetually in awe of our incredible body.  Even when it doesn’t function well, such as in disease, it has an uncanny ability to attempt to rectify the malady.  While the rest of the universe spirals away towards increasing chaos and entropy, the human body strives for homeostasis.   Modern medical and scientific research has explained many of the previously unknown mechanisms driving this tendency towards self preservation; however, there is still a vast depository of components and interactions that are still wrapped in a cloak of mystery.  Even knowing how something works on a cellular level, like the immune system or the blood clotting cascade, can only give one pause to contemplate the precision and perfection it embodies.

Understanding the physical properties and dynamic interaction of our body is only a small part of what makes us human.  We are so much more than our physical beings.  The mind and spirit of each person is so amazingly unique and pervasively interactive that they have to be praised and acknowledged along side the biochemistry.  Ever since man could ponder he has speculated about this interaction between mind, body, and spirit and those much wiser than I conclude that this triumvirate so intertwined as to be enmeshed.   The only logical conclusion is that true health is a balance of these three entities.  You can be physically fit but emotionally tattered, or you can be a spiritual giant and physically decrepit.  To fulfill the miracle that is your health, a balance must be achieved.

The ancient Greeks knew that balance was the ideal.  Socrates, prior to his Hemlock cocktail, said, “Everything in moderation,  nothing in excess.”  This advice is often overlooked in our contemporary society where we are often defined by our excesses.  Get more bling – run farther – close more deals – take more vitamins – all promulgating the idea that more is better.  It’s not, especially when it comes to your health.  For example, eating balanced meals of moderate calorie intake is more healthy than either eating too much, too little, or too restrictively.  It is hard for me to accept, but even exercising to an extreme can have some negative consequences.  Severe emotional extremes, high highs and low lows, is actually a psychological disorder. Embracing balance is the best way to allow mind, body, and spirit to flourish.

Let me give you a personal example to illustrate this point. I like to run marathons and, in the midst of training, inevitably I will come down with a cold.  This happens almost always after a long training run when my body hasn’t had a chance to recover and it’s resources are devoted to damage control instead of immune surveillance.  A healthier approach would be to take the necessary rest days between long training runs to allow my body to compensate.  Sometimes taking my own advice is akin to getting a root canal with pliers!

For many, good health is a choice.  Choose wisely.